Jason always makes fun of how I say Cauliflower cause I say every syllable, cau-li-flow-er.  I don’t know how else to say it!  I also like to say Strip-ed as if it’s two syllables.  It’s fun, you should try it.  So when I buy some he calls it strip-ed cau-li-flow-er. Well, I’ve been seeing cauliflower at the store lately.  I decided it was time to make this recipe and post it.

Random pic from the internet

Preheat oven to 425. Toss the cut Cau-li-flow-er with 2 Tb of the olive oil and salt & pepper in a bowl. Spread out on a baking sheet (covered in aluminum foil) and roast about 15 mins, turn over and roast another 15 or until tender. Some pieces will get a brown color and this is ok. Cool & slice thinly.
Cook the onion in the remaining olive oil over med low until carmalized, they should be a golden brown but not burnt and salt & pepper them.
Place the onion on the bottom of the prepared pie pan, then place the cauliflower over it.  Whisk the egg, sour cream, cream cheese, milk, mustard & mint in a bowl. Add the cheese and stir.  Pour this mixture over the cauliflower.
Bake about 25-35 minutes. The top will be golden and the center should be set.

This dish doesn’t last long in my house.  The mint adds a very intriguing flavor that most people won’t recognize as mint.  I’ve also made it without the mint when I didn’t have any available and didn’t want to go to the store and it was just as good without. 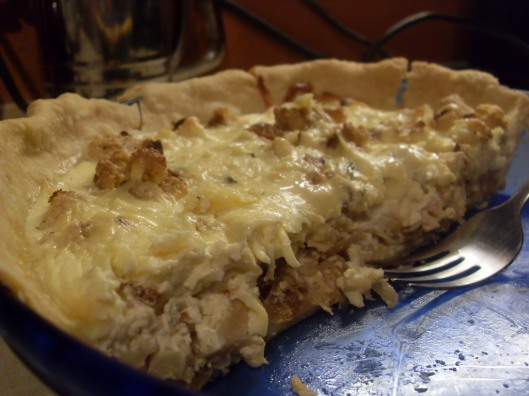 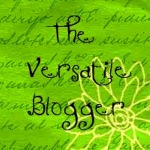